Hosts File Manager & Editor is a tool used to ease you in modify windows hosts file without having to open the %SystemRoot%system32driversetchosts,folder. With interface of tables, makes it easier for you to input the host name and IP Addresses. The Host files can be used to block ads in order to improve your internet connection speed as well as to block certain unnecessary or unwanted websites.

What is Host File?

Hosts File is a computer system file in the form of plain text file (hosts) which is used by the operating system to point hostname or domain name into IP addresses.
For instance:

If we type the URL rhino.acme.com above, we will be redirected to 102.54.94.97. This is the computer IP address at which the site rhino.acme.com is being kept. 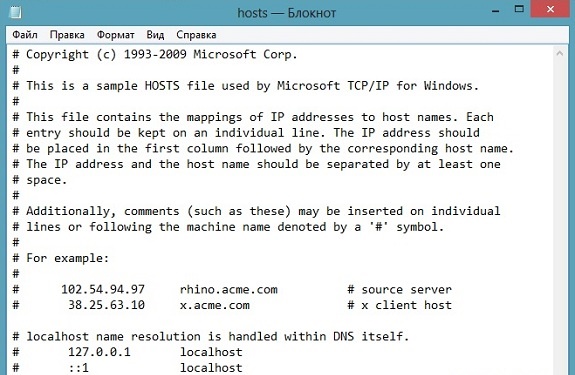 The Host File is located in the system folder of your computer, more precisely in the, SystemRoot%system32driversetchosts. That said to be able to edit it you need to have administrator right privilege to access it. Without having the administrator right, you will not be able to edit this file, following the warning message “Access Denied errors” upon trying to change, add, and edit the hosts file.

The Host File can be used for various purposes, such as:

1. Block annoying Ads and Banners. You may have visited certain websites that have poor display having full of ads and banners. This obviously is annoying. In order to cope with this problem, you may use adblock add-ons or you may also block the URL of the ads directly with the host file. So you do not have to see the commercial ads in websites, also your internet connection will not be used for this wasted traffic.

READ
What is the well-known Dolby Atmos sound

In order to get the IP address of certain website, you can use Command Prompt and type “ping www.urlsites.com”. 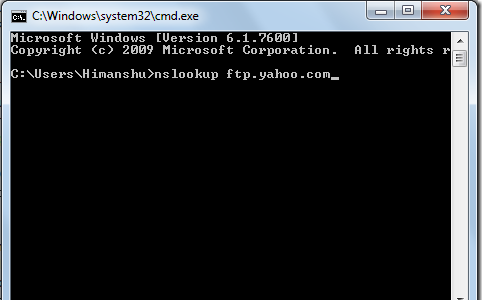 There is plenty of software that can be used to make it easy for you for editing the host file. All the tools described below are freeware.

Notepad is built-in windows software. All computers running windows have this tiny sized software. It can be used to edit the host file easily. 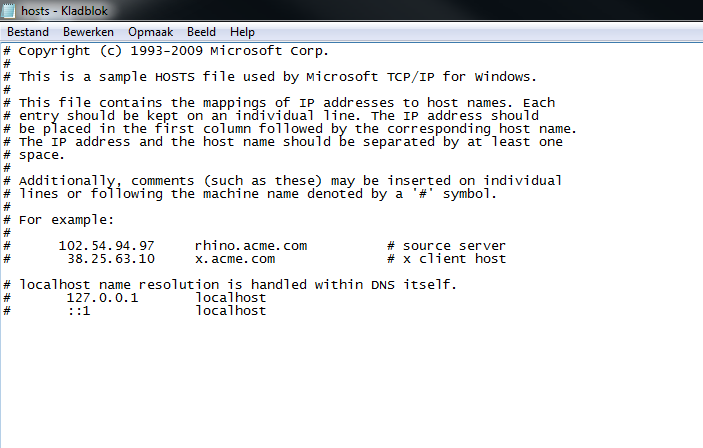 You just need to open your Notepad and make sure that you choose “Run as Administrator” before opening the program. You can then browse the hosts file located in %SystemRoot%system32driversetchosts.

Despite the easiness of use, there are, however some rules to follow in editing the host file by using Notepad. Some of those rules are:

The software has quite small size, it is only 976 kb. You need to install it first before using it to edit the host file. 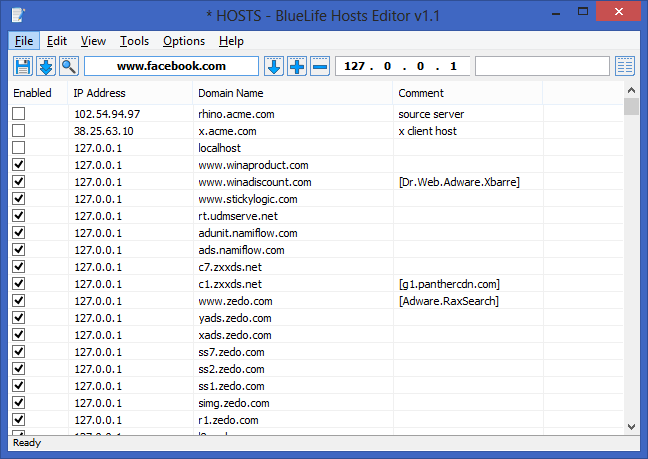 It has modest and easy-to-use interface. It shows host file in form of table with three columns consisting of IP address, Host Names and Comment.

It has archive feature where you can save multiple version of your host file.

READ
Game.com, the Tiger console that tried to revolutionize the market

Host Mechanic is developed by Hackerpunk1. It is a freeware with 201 kb as its size. 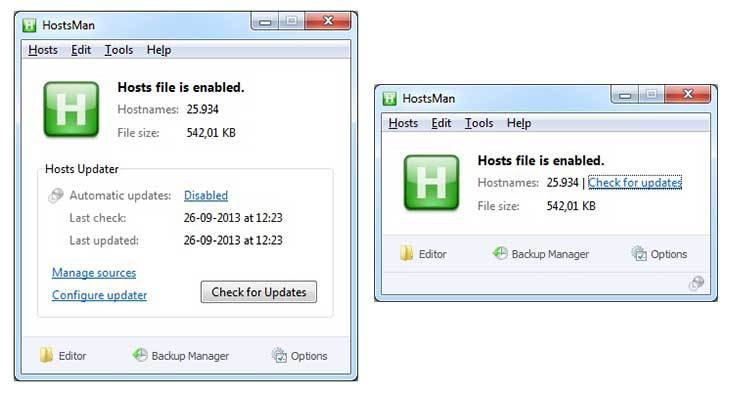 It has very simple interface, with form IP Address and Form Site feature that can be used to add them into the hosts file.

Nonetheless, the host mechanic does not have feature of editing the hosts file, rather just add, restore and delete the host file.

Host Profiles Management is Free and Open Source Software. It is produced in various versions of windows and also Linux. 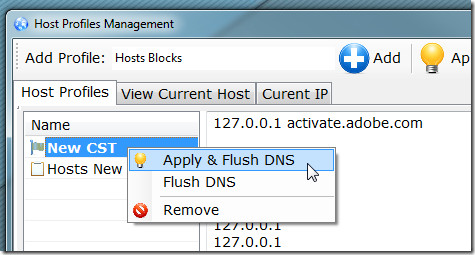 It is portable and has size of only 210 kb. The interface is very simple as well, the hosts file editor in text form, almost the same as when you use notepad.

You can add, delete, and edit, and even then can click apply & Flush DNS.

Advanced Hosts Editor. This small tool has size of 254 kb and it is a freeware. It has simple interface with two tabs, assistant and host file editor. 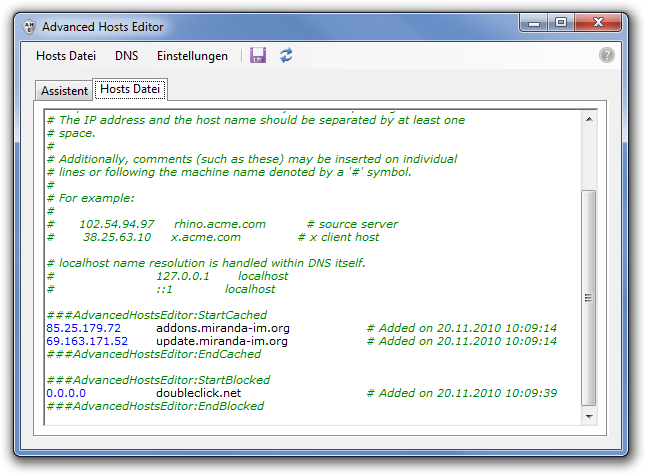 There is particularly one feature that I like the most in this tool, it is the feature of last visited hosts. With this feature, we can see what sites are recently loaded, and if there are suspicious activities you can then block them right away if necessary.

As for the Tab Hosts file, it is the usual tab editor as found in using the notepad.

It is portable and has size of 500 kb. It has simple user interface, almost like the Hosts File Editor.

However, it has more complete features, such as: editor, import, export, backup manager; flush DNS cache and enable or disable DNS client service.

READ
How to Change WinRar Language Setting into English

The editor itself has feature of resolving domain name. In addition, you can also view the host file in the editor either in text form or in table form. 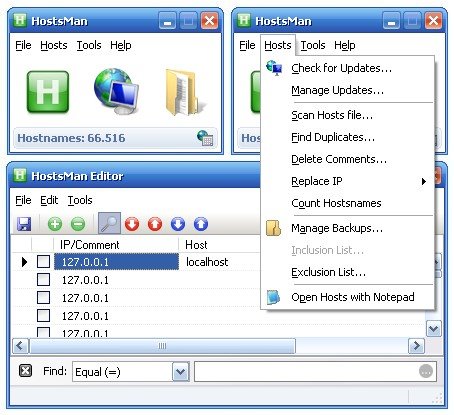 It has quite complete features, they are:

With the help of the tools described above, we can easily change, add, delete, and even disable the host file, and most importantly, they can be used free-of-charge (freeware).

After personally testing the 7 hosts file editor tools above, I think that Hostman is the most complete and highly recommended tools.

Nevertheless, I personally edit the host file most of the time with Notepad.

It is worth mentioning that I am interested in the feature that Advanced Hosts Editor provides in the assistant tab, that is, the last visited hosts.

Note: Make sure to always run the above tools with the option of Run as Administrator.

What Host File Editor do you usually use?

What kind of sites that you block in your host file?