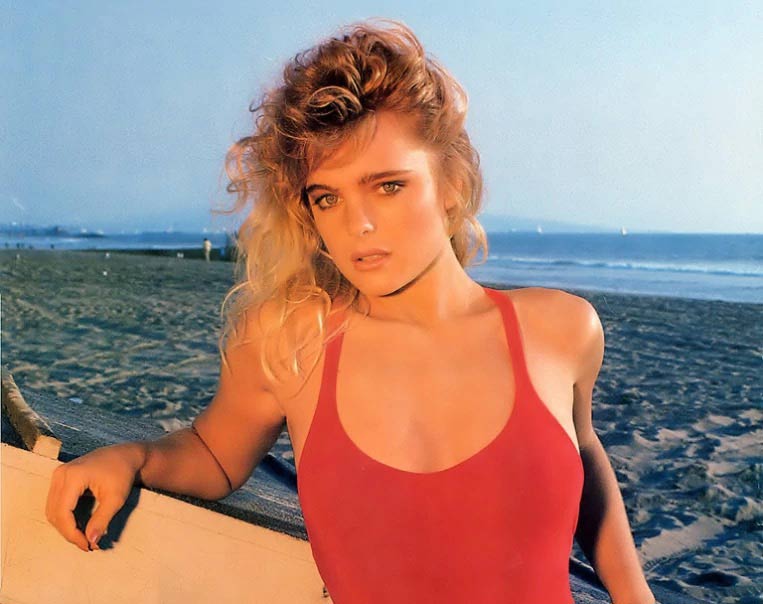 Back when Baywatch was at the height of its success in 1996, the show had an audience of over 1.1 billion viewers per week. It has being broadcasted to audiences in 142 countries. This made the stars of Baywatch basically household names around the world. One of the biggest stars of Baywatch back then was Erika Eleniak. She has appeared in various televised shows and movies, but it is most well known for her role in Baywatch. So what happened to the famed star after the ending of the popular show? Is she still acting, or in the spotlight whatsoever? Find out here what the Baywatch actress Erika Eleniak is up to now.

During the peak of Baywatch, Erika Eleniak was deemed one of the shows most popular and successful stars. But she got her start way before her role in Baywatch. It may be hard to associate her with her original claim to fame, but Erika was in the spotlight first because of her role in the classic film E.T. in 1982. She played the character who kissed Elliot in the classroom scene, which is now considered one of the best scenes of the entire movie. She continued to show herself to be a force in the entertainment industry, and in 1989, her career took off.

In 1989, Eleniak posed for Playboy, and later was cast as Stephanie in the popular TV Show called Charles in Charge. Stephanie played Charles’ girlfriend, which was a leading role in the show. She then went on to be cast in her most iconic role to date, Shauni McClain in Baywatch. She was slated for 44 episodes in the first and second season, and starred in two episodes in the third season. While on the show, she starred along many famous actors, including Steven Seigal.

After leaving the show, she continued to work a little. She starred in the movie “Under Siege,” where she was playing an iconic role of a Playboy playmate. The stars of this movie were Tommy Lee Jones, Gary Busey, and Steven Seagal.

Since this time, Eleniak has decided to stay out of the limelight, and has been successful at doing so. She recently appeared in a movie back in 2012, in a film called “Holiday Spin and Meant to Be.” She has said that she is raising her daughter and that is her main focus. She gave birth to her daughter in 2006, who is named Indyanna.

She was asked by sources if she wanted her daughter to follow in her footsteps as an actress, to which she replied: “My advice to her is to find out what her purpose here is. How can she be of service, using the amazing gifts and talents she has been given? When you follow your OWN calling, you will be in bliss and in your right place. Whatever that is, I will be right by her side, in every way I can.”

While Erika Eleniak has primarily stepped away from her acting as a full-time gig, she seems to be doing well with her role as a mother. At the current age of 51 years old, she has accomplished much in her early life as an actor.

Many are curious to know what her net worth is after having not appeared in many shows or movies since her famed time on hit show Baywatch. But even though she has not acted much in her later years, she has still managed to attain and maintain an impressive amount of wealth and financial security. She is reportedly still worth $4 million. That’s not bad for someone who has acted very little since the 90s.